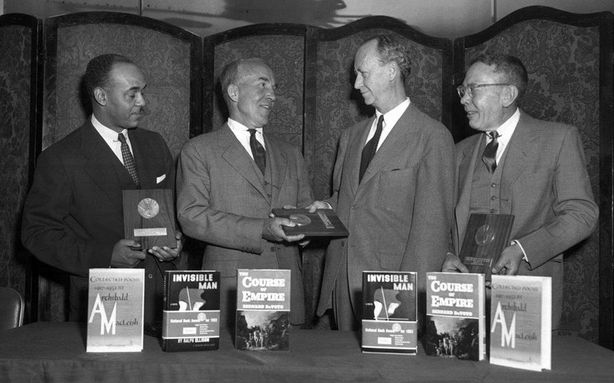 Kudos to Mr. Evan Smith Rakoff who arranged for Vintage Books to donate copies of Ralph Ellison’s timeless masterpiece, Invisible Man, to the high school students of Randolph County, NC, after the book was banned by the county school board several weeks ago.

This saddens me beyond measure. All should be ashamed. @Courier_Tribune http://t.co/fXDW1GxN9W

One school board member who voted to ban the book, Gary Mason, actually stated, “I didn’t find any literary value.”

Perhaps ole Gary boy had a swastika for a teething ring? One whittled from the branch of a Strange Fruit tree? If so; he should really be proud of himself for having done the Reich thing.

But enough of that.

Insofar as Mr. Ellison’s work being short on literary value? Well, the book does more than speak for itself. As one writer so eloquently stated in a comment submitted on my post paying tribute to Ellison’s birthday:

It speaks to so much more than racial identity. Ellison’s understanding of the implications of race actually draw out the power and magic of that mysterious wound in all of us. David Biddle

Magic indeed! At least for the students of Randolph County, NC., who now — like the generation before them — will be afforded an opportunity to read Invisible Man.

Who knows? They may even find they have the ability to see invisible men?